Running away to join the Circus!

Well, not really,  I am staying home but hope to feel like I have run away and joined the circus.  The Mermaid circus to be exact.  It is an online class given by Jane Daveport from Australia and Teesha Moore from Seattle.  They have very different art work but all fun.  I have enjoyed getting to know their art work online.  I hope it will help me get my drawing better.  I have been trying to draw more knowing that it will get better with practice.  Come join the fun if you dare.  The link is on the sidebar.  Enjoy!  I hope to post my work here and on facebook from time to time.
Posted by Unknown at 11:30 AM No comments:

I hope to keep this blog updated on a weekly or daily basis.   I am taking part in a few online classes this coming year.  I could use this space as a place to showcase those endeavors.  Things have changed here and I have to relearn or learn how to arrange this blog to my liking.  It will be an ongoing battle I think.   Someday I will figure it out.
Posted by Unknown at 12:15 PM No comments: 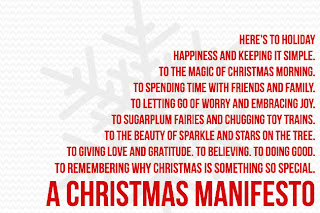 Here's to the Holiday...I hope to keep the spirit of Christmas evident this year.  I want to focus on the Reason for the Season.  I hope to encourage those around me  to want to embrace the season. I want my children to be aware of the purpose of the season.  I hope to make time each day for me in reflection of the day and how I am keeping this time a time of reflection and enjoyment.
Every year I look forward to keeping a journal of pictures and writing to focus on Christmas the past and the present, the good and the bad.  It has made want to try new things(advent calendar) and understand my past as well.  I will try to post some of my pages here.  I will probably blog about the prompt though.   I have not finished a journal yet but have fun trying.    If you like to join me in doing a journal just click on one of the journal your christmas links.  It will take you to Shimelle's blog to join the class.   The best thing about this class is it is perpetual.  Once you buy the class you take every year for no additonal cost.  It was the best money spent to keep me present in the moment during this busy Christmas season.
Posted by Unknown at 6:56 PM 1 comment:

Time for Journal Your Christmas! I have been keeping busy with getting my stuff together for my annual Christmas Journal.  Every year Shimelle Laine www.shimelle.com does an online class to journal your Christmas.  It helps to look at all the things that go on in December at least take one picture or journal about the event.  It makes every day special.  I get a prompt each day from Dec 1 to Jan 6.  It always takes me all day to think of  what to write but it helps remember things I have forgotten.   The picture above is how I am going to number the pages and first day page which I am still have to journal about. I will try to get pages posted at least once a week.  I know the Sunday are all spoken for as far as things to do.  Next week we start on Dec 1 with Seth's school program.  It all goes too quickly some times.  It is nice to remember some of those memories.
IMG_3832.JPG, originally uploaded by stephrussell2001.
Posted by Unknown at 9:47 PM 2 comments:

Email ThisBlogThis!Share to TwitterShare to FacebookShare to Pinterest
Labels: JYC11

Explore Class and Through The Viewfinder 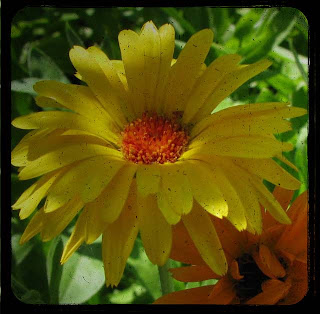 Today as I was very bored at work.  The harvest is late so I will be incredibly busy in another month or so but right now very slow.  I have been taking an online class with Shimelle in the UK.  I take her Christmas journal class every year.  This is another class along those lines but with everyday things.  It is taking apart how we scrapbook and what we scrapbook.  One of her ideas was to use another older camera with a twin lens reflex and use the digital to take a picture of the viewfinder.  It is really cool.  Since I don't have a twin lens reflex camera lying around, I had to fake it.  She gave directions how to do it.  I was able to do it with some photos I took at lunch.  All in all a good day.
Posted by Unknown at 3:56 PM No comments: 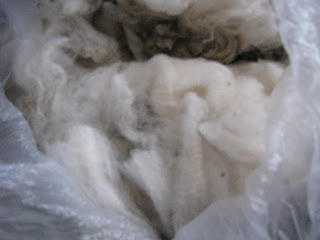 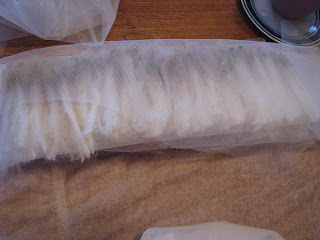 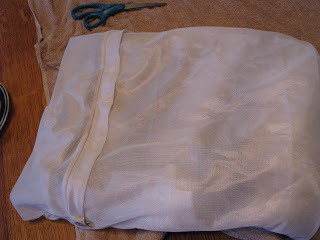 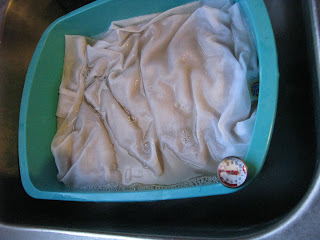 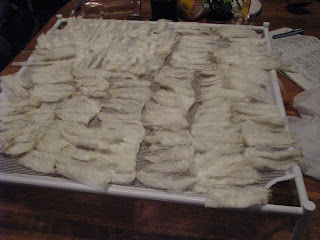 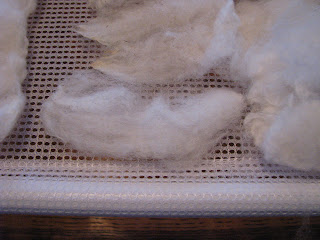 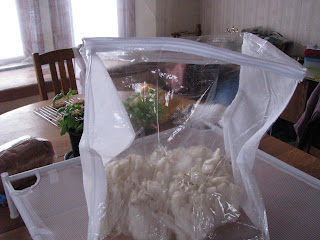 So that was my evening of getting my fiber fix satisfied and still waiting for Spring to arrive here in the northern plains.
Posted by Unknown at 9:49 AM No comments: Shimelle_JournalYourChristmas_2010Manifesto_LargeRed.jpg, originally uploaded by stephrussell2001.
This year I am going to rekindle the magic of Christmas that I remember as a child. I hope to give from my heart to all people that I come in contact with during this hectic season. I hope to cherish the time that I spend with family and friends over this season. I hope to find peace, celebrate the joy and remember the reason for this season.

Every year for the last 4 years, I have taken on online class. It is a process by which I receive a prompt in my email each day for the next 37 days. It has various themes for each day. Things to think about as the season progresses. I enjoy it because it causes me to look around and really see what is going on in my life and town. I want to document in way that the kids will remember and I will remember years later how each year happens, things that change and the things that stay the same. It is how we found out that Autumn's loves the season for the traditions that we have made. The boys go along with just about anything. This year we are starting something new an advent calendar.

So if you would like to join me in documenting your Christmas let me know I will show how you too can discover the meaning of Christmas in your life.
Posted by Unknown at 9:24 AM No comments: